An examination of adaptation and locomotion in the wild

Adaptation is a process of nature in which an organisim becomes better suited to it’s habitat. Adaptations can be found throughout nature. In vertebrate species, these adaptations often affect the skeletal system. One obvious example of skeletal adaptation can be found in locomotion. This exhibit features several different types of locomotion found in the animal kingdom.

Aerial Locomotion
“Flight”
Aerial locomotion is the act of flying. Skeletal adaptations aid in aerial locomotion by providing modified limb bones to form a wing as well as allow for muscle attachment. In bats, the only mammals capable of true flight, elongated arm and finger bones, combined with modified skin, form wings allowing them to fly.

Arboreal Locomotion
“Tree Climbing”
Arboreal locomotion refers to species that live in and move through trees. These animals often possess physical adaptations that aid in this movement. These adaptations may include long limbs, prehensile tail, and claws. Animals that exhibit arboreal locomotion include squirrels, sloths, and monkeys.

Cursorial Locomotion
“Running”
Most terrestrial animals move about using cursorial locomotion. This form of locomotion primarily refers to running. Many species exhibiting this type of movement have developed skeletal adaptations such as longer limbs, the reduction of toes, modification of the feet and development of hooves. Some cursorial species are dogs, cats, horses, and gazelles.

Fossorial Locomotion
“Digging”
Fossorial, as well as semi-fossorial, locomotion refers to the modified movement of animals that dig and live underground. These species often have modified limbs to aid in digging, as well as, compact bodies and rudimentary eyes. Some fossorial species include gophers, moles, and mole rats. 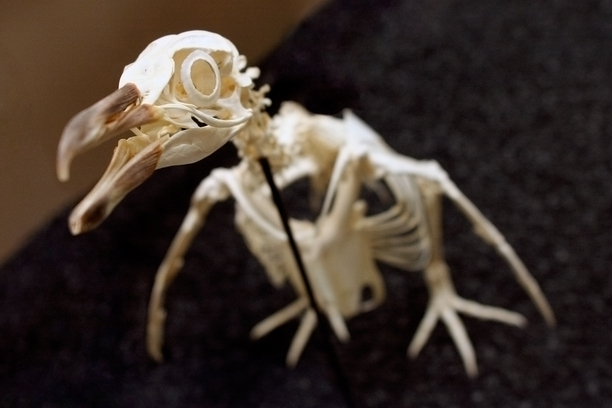 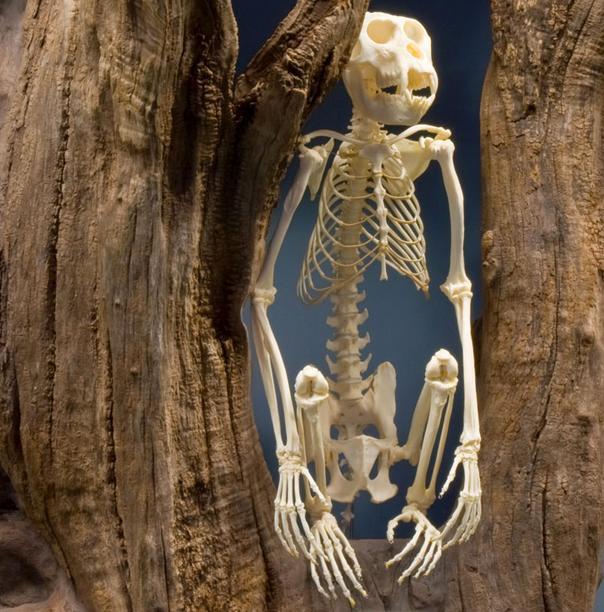 The Museum of Osteology provides quality educational opportunities and allows school groups and the public to explore the form and function of the skeletal system.

What is a Skeleton?

Bones are rigid organs that form part of the endoskeleton of vertebrates. They function to move, support, and protect the various organs of the body,