Whose teeth are those?

Look at those teeth! Look at those scales! That’s one mean, possibly green swimming machine! There was only one problem, nobody knew what it was.

ANSWER: This is a giant gourami, Osphronemus gourami.

Welcome back to Osteology in Action! Last month, Bonnie walked us through the identification process for “mystery bone” pictures sent to us by museum fans. This week, I am writing from sun-scorched Oklahoma City, Oklahoma. My name is Kat!

With over 6,000 cataloged specimens in the museum’s research collection, and more specimens added each day, it’s understandable that wires might get crossed from time to time. Recently, our Education Team found this freaky specimen while cleaning out some drawers to make space. We were immediately obsessed with it. Look at those teeth! Look at those scales! That’s one mean, possibly green swimming machine! There was only one problem, nobody knew what it was.

Our collection is primarily made of mammals, with only a few species from the other classes*. As such, our faculty are very familiar with mammalian species, but this fish stumped us. While this specimen had a catalog number written on the bone, at some point, the catalog number was replaced in our system with a new specimen: a squirrel. (We sincerely hoped this was not a malformed squirrel.)

In order to re-catalog this specimen, we conducted several hours of exhaustive research, including a consultation with a local university’s ichthyology (the study of fish) department. Suspects included angler fish or a piranha. Eventually, we found our identification. This is a giant gourami, Osphronemus gourami.

If you know what a gourami is, you may be surprised. (We were!) Gourami, even the giant variety, are close relatives of the betta fish. Although they are aggressive as juveniles, they rarely show aggression to other species, and upon reaching adulthood become pretty chill. Like their relatives, they are able to breathe out of water for short periods of time and are a freshwater species native to Southeast Asia.

Unlike their betta cousins, gourami are primarily herbivores’. Which makes that set of teeth even more shocking! I mean, giant gourami even have teeth on their lips! If they’re not using them to chow down on other animals, what are they using them for?

Ichthyologists aren’t sure, but many believe they may aid in chomping through their main source of food, algae and seaweed. I guess it’s true what they say: you can’t judge a book by its cover. Even if that book has more than 400 teeth packed into its creepy, little jaws.
—
Bonus Tid-Bit: The museum has just under 1,500 different species represented in the collection. The chart below shows a breakdown of what percentage of specimens are from each class. We wonder, what does your collection mostly consist of?
—
About the Author:
My name is Kat, and I’m the Education Coordinator at the OKC location. Before working at the museum, I studied educational psychology and taught in public schools for five years. During the summer, I worked at various natural history museums, before finally making the leap to teaching classes at SKELETONS. Like most, if not all, of our staff I also have a small collection. My favorite personal specimen is the male hammerhead bat I purchased at the museum. 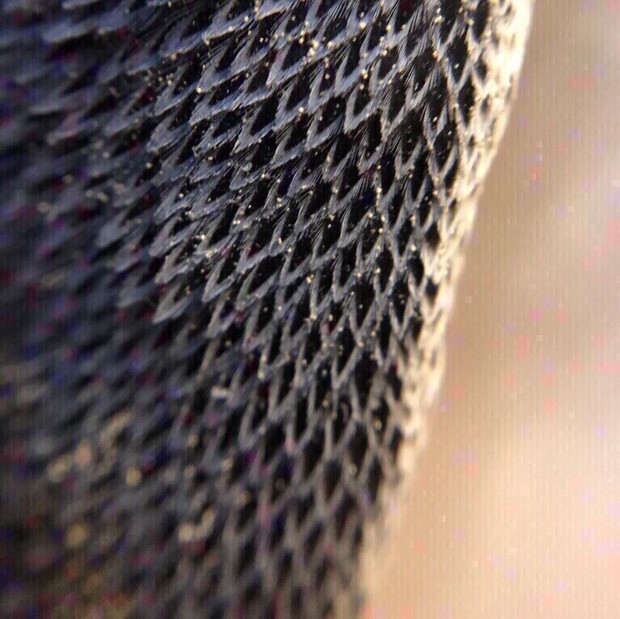 What on Earth? Penguin

Can you guess what on Earth this close-up photo shows? ANSWER: Penguin Feathers!  Did you guess that these were the feathers of the macaroni penguin? Penguins, 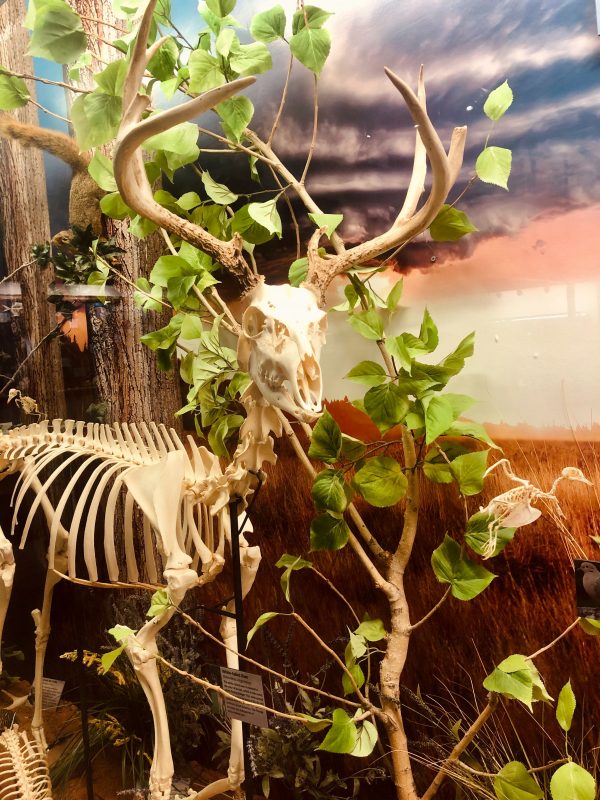 How Do Antlers Grow So Fast?

Whether it is a signature dance move, a particular outfit, or inflating and bouncing an air-sac to make an odd noise, we all have a 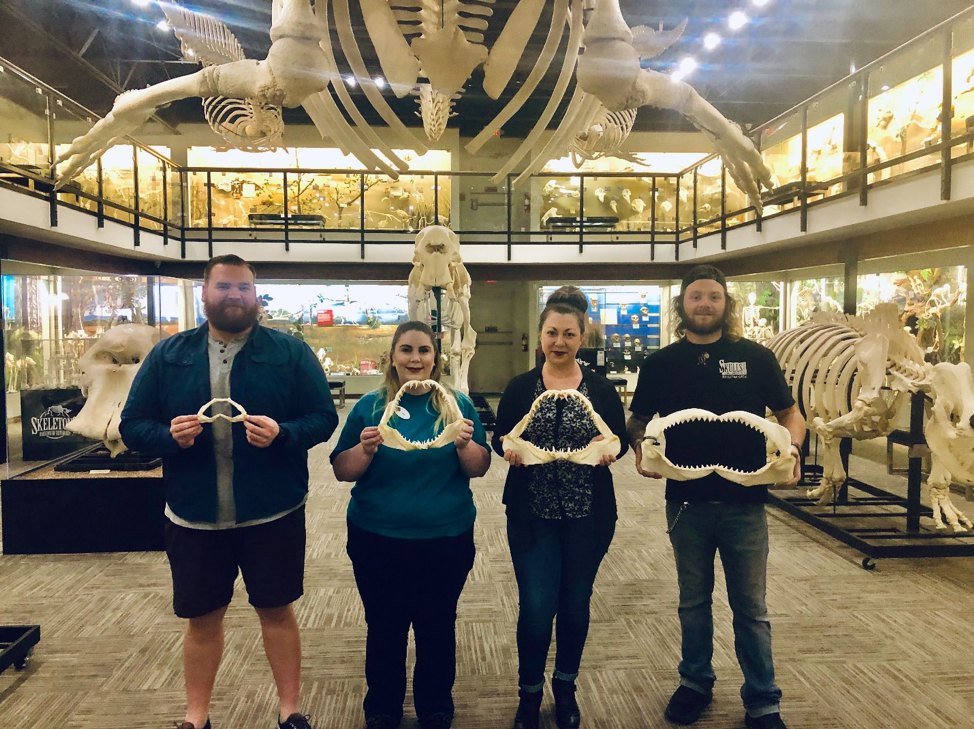