About SKELETONS: Museum of Osteology

SKELETONS: Museum of Osteology  provides family fun for the general public and quality educational opportunities for school groups to explore the form and function of the skeletal system.

From comparative anatomy to classification to adaptation and locomotion, SKELETONS has been designed with learning in mind! Currently displaying over 300 skeletons from all corners of the world, visitors have a unique opportunity to compare and contrast many rare species normally not seen in museum exhibits. In addition, The museum features a variety of North American specimens ranging from tiny mice and shrew skeletons to a 40 foot humpback whale.

We at SKELETONS: Museum of Osteology believe that conservation must begin through education and appreciation of the natural world. 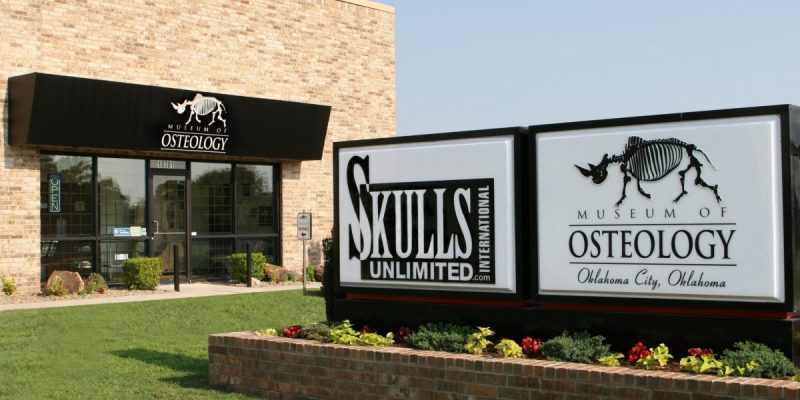 OPEN TO THE PUBLIC DAILY

Please call for group rates. Prices do not include tax.

The evolution of  Skulls Unlimited  began in 1972 when, at the age of seven, Jay Villemarette found a dog skull in the woods. When Jay’s father saw his interest, he encouraged Jay to find and collect other skulls.

In 1978, Jay entered his growing collection in his 6th grade science fair, receiving a “Superior” award. That following year Jay won 5th place in the Oklahoma State Fair. After graduating high school as an auto body technician, Jay began selling skulls in his spare time. As sales grew Jay, along with his wife Kim, began to clean skulls in their kitchen. Starting with a one-page price list, in 1986, they turned this unusual hobby into a business.

In 1990, Jay opened  Skulls Unlimited’s  first retail location in Oklahoma City on South Shields Blvd.  In 2000, due to company growth, Jay relocated  Skulls Unlimited  to its current custom-designed location. Today,  Skulls Unlimited  has earned a worldwide reputation for having the best quality, most professional services, and the largest variety of natural bone and replica osteological specimens.

In 2003,  Skulls Unlimited  built its corporate offices next to the current processing facility. Jay also took this opportunity to construct a space for his lifetime dream, the Museum of Osteology completed in October of 2010, the Museum  currently has hundreds of skulls and skeletons on display and serves as the largest privately held collection of osteological specimens in the world. 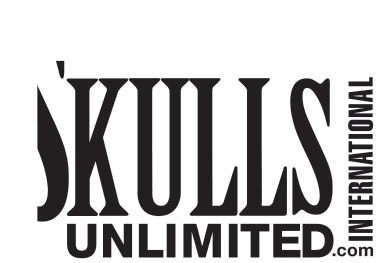